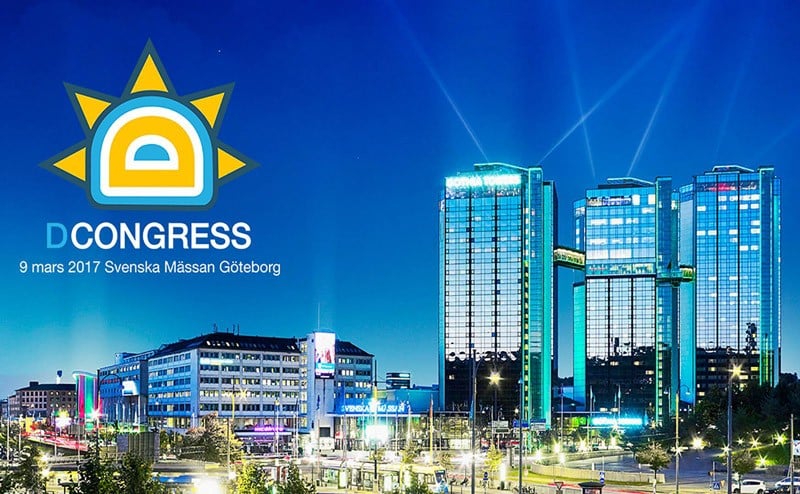 ABOUT D-CONGRESS AND WHAT WE DID THERE

D-Congress is the Nordic nordic meeting place for digital commerce, organised by the Swedish Trade Federation and the Swedish Exhibition Centre in Gothenburg. On March 9, 2017, D-Congress was held for the 39th time with 1,700 participants, 110 exhibitors and 6 stages with 40 speakers. Vaimo was the Platinum Partner for the event, which also meant we had a stand to attract anyone interested in doing business with Vaimo. Vaimo’s CCO, PJ Utsi, had a stage time talking about current eCommerce trends and tactics; watch his full presentation (in Swedish) below.

ICA ON STAGE
ICA Gruppen’s core business is grocery retail. The Group includes ICA Sweden and Rimi Baltic which mainly conducts grocery retail; ICA Real Estate, who owns and manages properties; ICA Bank who offers financial services; and from January 2015, Apotek Hjärtat, who conducts pharmacy operations. The Group also includes home furnishing brand Hemtex. While there are 200 ICA stores that work with eCommerce, the individual merchant affects the content. ICA also has an app called Ica Handla with the recent addition of Hitta Varan which helps customers find a certain item in the store with a map.

Karl Gilis is number 3 on the list of the most influential conversion experts in the world. He’s the G in AG Consult, a Belgium-based usability and conversion optimisation company. He’s been optimising websites since 2001 through user research and facts. His dream is to develop a cure for people that do online marketing based on gut feeling and opinions.

To quote Markus Åberg, CSO at Vaimo, “It is the best eCommerce event I have attended in Sweden!”

While it was a supplier-heavy event, we met some interesting new clients and built on existing relationships with partners. The event had a good mix of exhibitors, such as Klarna, Adyen, InRiver, and Apsis. While PJ Utsi’s time on stage was maybe a bit too short, it was great having our tech-savvy CCO in the limelight. D-Congress was a great event, and we can’t wait to see you there again next year!

Also, be sure to get in touch with us today if you are interested in working with us!