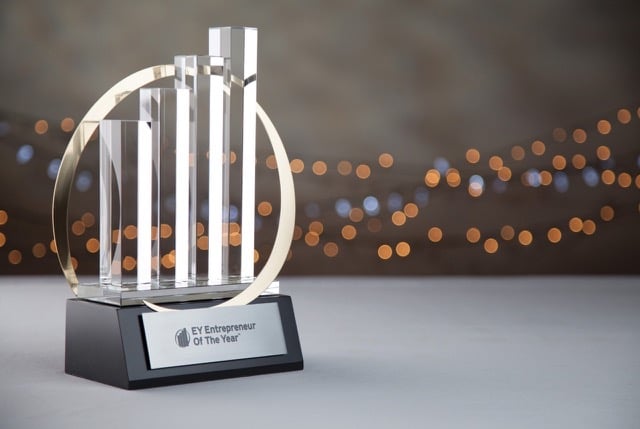 Organised by Ernst & Young since 1986 in the United States, the award is issued in more than 60 countries and is considered as one of the world’s largest and most prestigious awards for entrepreneurs. The awards program celebrates and recognises entrepreneurs who are building and leading successful, dynamic businesses across Sweden. The finalists are split into the regions of Stockholm, South, West, North, East, and Svealand.

An independent panel of judges will name winners in each Swedish region during the course of November. The winners in each region will then compete for the Swedish Entrepreneur of the Year 2017 title. Pompa and Tallinn in Stockholm will host the finals, during which the regional finalists will be expected to answer questions from the judges. The evening of the event, featuring a gala dinner, will include the announcement of the EY Entrepreneur of the Year in Sweden.

And finally, the winner of Sweden will go on to compete with winners from more than 50 countries for the title of EY World Entrepreneur Of The Year, in June 2018 in the Monte Carlo World Cup. The distinguished event includes a gala dinner, with networking with entrepreneurs from across the globe. Following the World Final, the jury will select the World Entrepreneur of the Year.

Stay tuned to find out who will win the regional awards in Sweden on the 7th of November, 2017, and we’ll keep our fingers crossed for Vaimo. Read more about the awards here, and be sure to get in touch with us for more information!