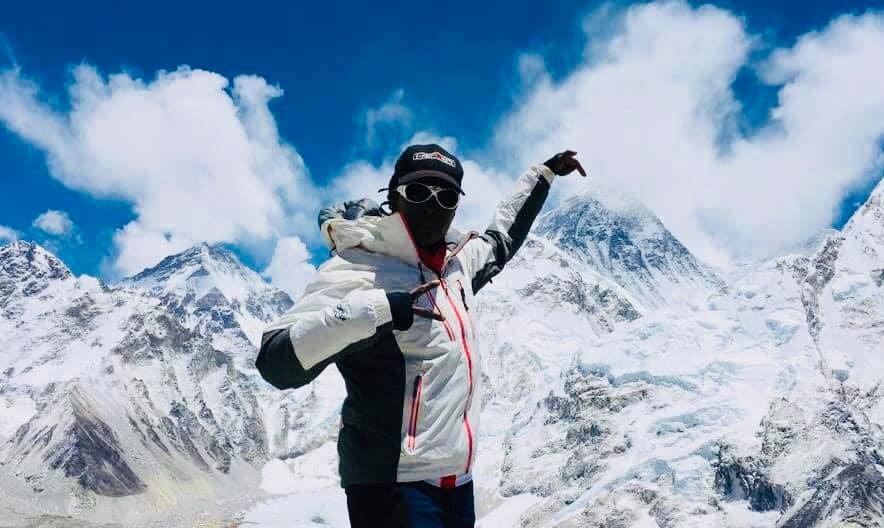 She’s done it! If you’ve been following along on our blog recently, you’ll know that we’ve been sponsoring Saray Khumalo on her quest to become the first black African woman to reach Everest’s summit. Saray took on the challenge (and many before this) on behalf of charitable organisations empowering and educating young people in South Africa.

We are incredibly pleased to report that Saray reached the highest point on earth on the morning of May 16th! After 3 previous unsuccessful attempts due to a number of external events, (including an earthquake in 2015) Saray has now officially written her name into the history books.

This year’s summit attempt has thrown many hurdles Saray’s way. Notably, the arrival of Cyclone Fani which battered Everest with high winds and snow squalls. This delayed any attempt at the summit and meant days on end of just waiting for the right weather conditions. But Saray’s strong will and dogged determination to make a difference in the world kept her going.

Whilst Saray’s achievement is reason to celebrate, now comes a potentially hazardous section of the expedition—the descent. After all, the summit is only halfway and climbers can often experience problems with the altitude and fatigue. Now well into her descent, Saray will be drawing on years of mountaineering experience and her training to get her back to Base Camp. News from Saray’s team indicates that she should make it back to Base Camp within the next few days.

So what’s more to do than to send a huge congratulations to Saray from the whole Vaimo Team on this monumental feat!

But we also wish her well on the final stretch as she inches ever closer to Base Camp—where she’ll finally have a chance to take it all in. To know that, despite adversity, she reached the highest point on earth and made a difference to the lives of others in the process.

Saray acts as a Mandela Libraries Ambassador, raising money to build libraries and inspire the next generation of leaders to pursue their dreams and goals. Saray is also supporting the Dr Thandi Ndlovu Foundation which helps to educate orphaned children at university level. You can donate to this worthy cause here!